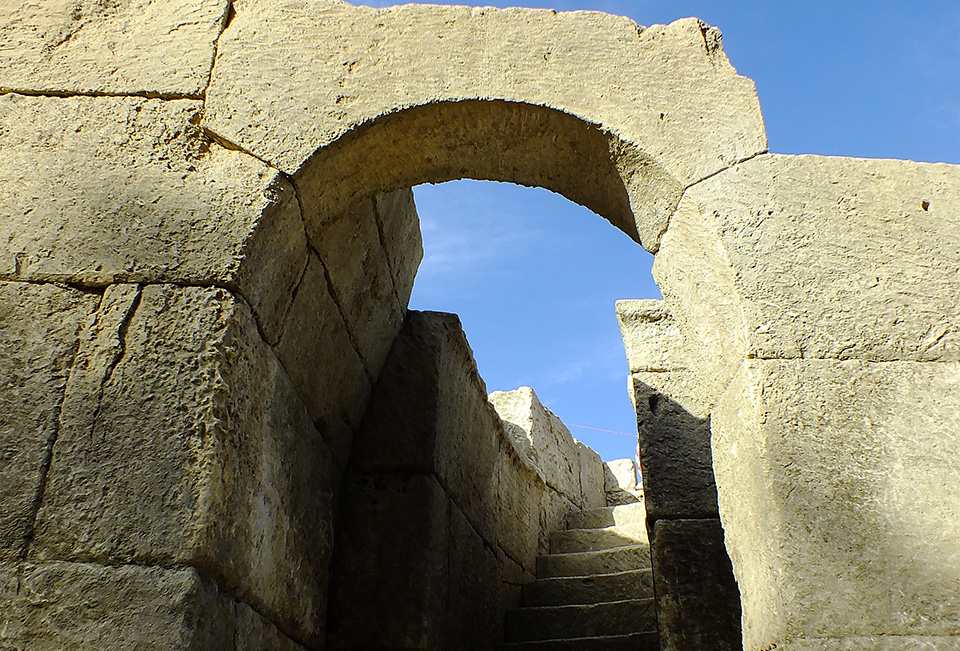 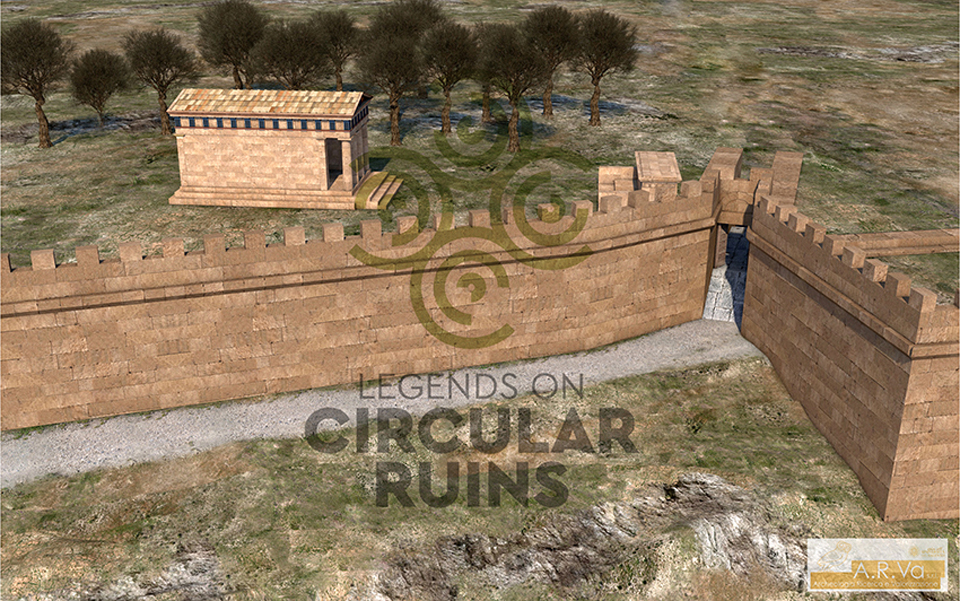 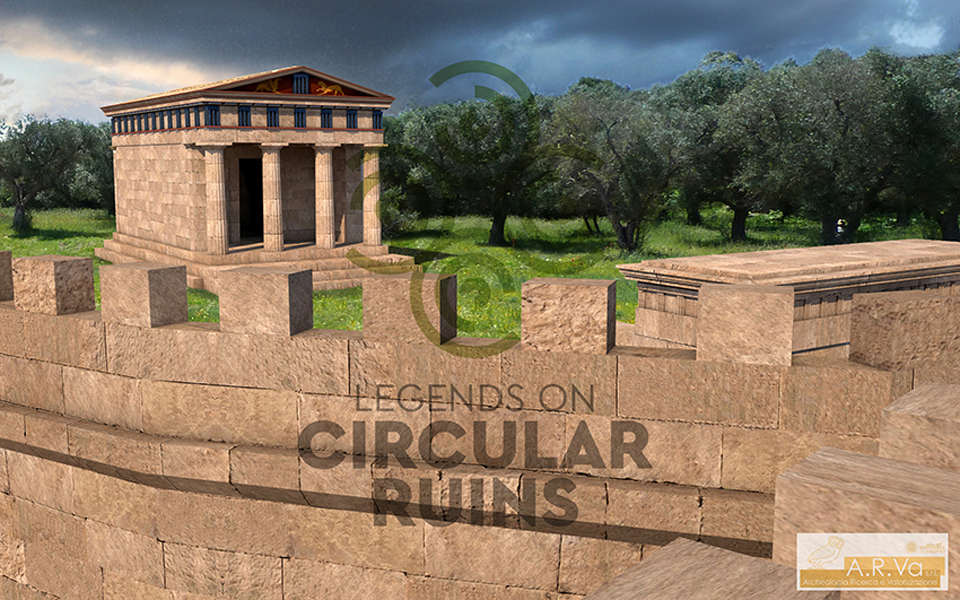 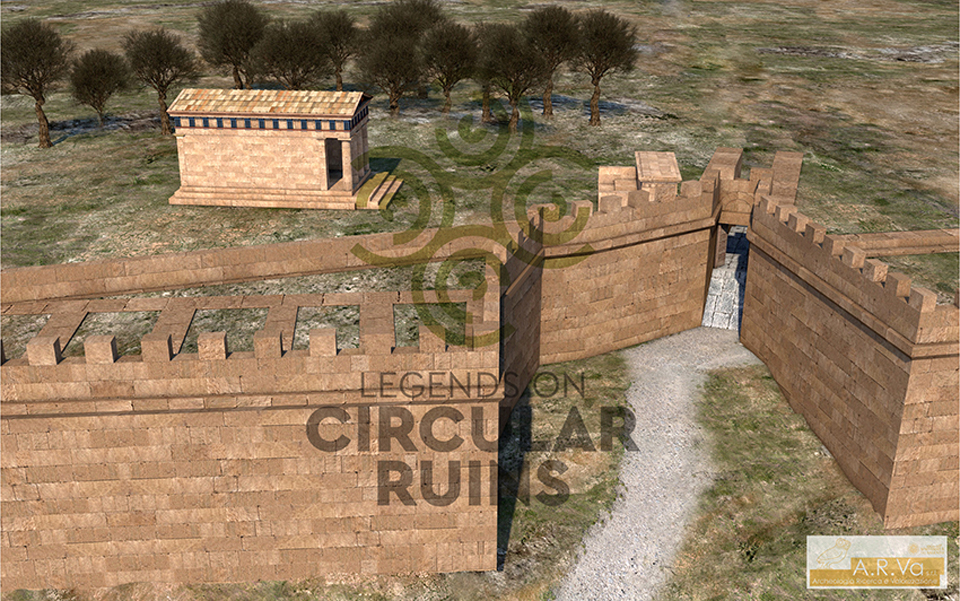 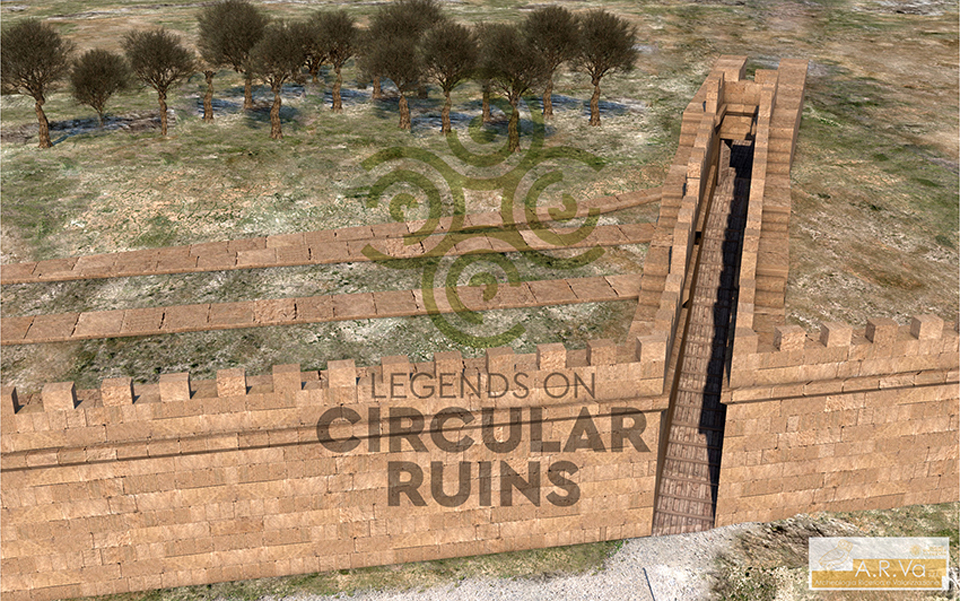 Considerable landfall along the Adriatic coastline between the towns of Otranto and Leuca, Castro, over the last decades, revealed itself as a very ancient urban settlement.
Thanks to the continuous work of archaeological research, promoted by the local city administrations and supported by the Soprintendenza Archeologia, Belle Arti e Paesaggio for the Provinces of Lecce, Brindisi and Taranto, and by the University of Salento, through Professor. Emeritus Francesco D’Andria, it was possible to “reknot” the threads of knowledge.
Until 2000 the site was simply known for its Middle-Age monuments, such as the Castle ( XVIth c.), the Romanesque-Gothic Cathedral (XII-XIVth c.) and the byzantine Church from the IXth-Xth century (figure 1).
A new season of systematic archaeological research, followed by Prof. D’Andria’s research team, allowed the discovery of a complex and stratified through the centuries urban settlement, that put the site into the web of the indigenous ( messapian ) settlements. The excavations in the area of the town’s historic centre brought to light many parts of the settlement’s fortification walls from the “messapian” age (IVth-IIIrd c. b.C. ), reused as a base for medieval and spanish walls.
Over the last decade the archaeological activity insisted in the “Capanne” area (figure 2,3), located in the south-eastern corner of the fortified citadel, where an ancient access/gateway to the messapian settlement, called “East Gate”, was identified (IV – II c. b. C.)
In 2008 the discovery of a little bronze statuette of Athena of the “phrygian” or “Iliaca” type, from the IVth c. b. C., permetted to “ lay the foundations “ for the identification, in the site of Castro, of the shrine of Athena/Minerva mentioned in ancient literary sources (figure 4).
The discovery allowed the identification of the shrine of Castro with the templum in arce Minervae (P.Vergilius Maro., Aeneid, III, 531-532 vv.), the first italian landing site of the trojan hero Aeneas (figure 5- the disegn was created by INKLINK of Florence).
Between 2014 and 2015, thanks to a large archaeological excavations campaign in the “Capanne” district, have been reached archaeological layers containing numerous fragments of the shrine’s sculpture decorations.
Of great importance was the finding of a part of the cult statue portraying the goddess Athena. It consists of the headless torso of a larger-than-life size statue, made in the soft local stone better known as “pietra leccese” (Lecce Stone). On the fragment, pieces of the original coloration along the edge of the chiton, are visible (figure 6).
The finding shows us one of the few examples of an original cult statue in the area of the “Magna Grecia”. It is dated to the second half of IVth c. b. C. and was carved by an unknown artist coming from the polis of Taranto who followed the style and models of Lysippus’ art.
The absence of the “egida” ( aegis ) on the statue’s breast clearly states a parallelism between the statue’s iconographic model and that one of the bronze statuette, definitely confirming the peculiar characterization, in the shrine at Castro, of the Goddess’ cult. The iconography reveals the connection, therefore, with mythological literature centered on the “Trojan” epos, and on the heros’ cult, such as Aeneas.
Associated to this latter discovery are the numerous sculpture fragments related to a great balustrade for the sanctuary’s delimitation carved, once again, in the Lecce stone, and decorated by a large and complex vegetal frieze with anthropomorphic and zoomorphic figures ( hunt scene with Nikai and a hare ). It shows some traces of the original coloration (figure 7).
This extraordinary friezes constitute the oldest evidence ( IVth c. b. C.) of a decorative typology also known, in archaeological literature, as “peopled scrolls” ( girali abitati ) that we can find, more frequently, in Roman-Imperial Age monuments, such as the famous Ara Pacis. (Ist c. b. C.).
A recent discovery (2017) is that of the remains of part of the altar’s basement located beside the urban gate from the IVth c. b. C. It is, to this day, the only example, in the Apulia region, of a “greek type” monumental altar (figure 8,9). The excavation of the altar brought to light archaeological layers related to the “foundation sacrifices” of the structure, with ashes and many animal remains (mainly bovine animals) associated to cult pottery (hydriai, miniature vases, little cups and fire pottery- figure 10 ).

Civic Museum of Castro “A. LAZZARI”
The archaeological findings from the “Capanne” district have been brought together in the local Castle, where it was possible to create the Civic Archaelogical Museum “ A. Lazzari”, officially opened to the public in July, 2016. It was therefore possible to enlarge the little, but interesting permanent archaeological exhibition “Castrum Minervae. Between Greeks and Messapians”, launched in 2009 (figure 11,12).
The new setting, followed by experts from the University of Salento - Department of “Beni Culturali”, under the direction of Prof. Francesco D’Andria”, fills a great part of the ancient fortress. The exhibition is divided into different sections, telling the many phases of the Castro territory’s human occupations. You can start with the prehistoric and protohistoric section, with paleolithic and neolithic findings from the famous coastal caves of Zinzulusa and Romanelli and also from the Bronze Age settlement which was recently identified in the “Palombara” district (figure 13,14,15).
The historic age section, shows a selection of findings from the site of “Capanne”. Among them, the headless torso of the statue of Athena and the vegetal friezes carved in the “Lecce Stone” (figure 16,17,18), as well as “votive” objects ( miniature vases, cult clay objects, weapons – figure 19 ) from the shrine of Athena, and some messapian inscriptions.
Numerous findings are also displayed from the urbanistic phases of the settlement during the Middle and the Modern Ages and related to a timeframe from the XIIIth until the the XVIII c. Between them we can find important pieces such as the plate with coat of arms of Raimondello Del Balzo Orsini, Prince of Taranto, or fragments of a plate decorated in the technique of the “incised sgraffito”, a greek production, portraying a scene taken from the famous byzantine poem of the Digenis Akritas, the only, to this day, for the entire italian territory (figure 20,21).


A special thank to Emanuele Ciullo who guided us with passion through the beautiful museum, alleys and legends of Castro.

>>The Messapian Fortifications of Castro by "Archeologia Ricerca e Valorizzazione"